Translating molecules into medicines: could fresh thinking and collaborative partnerships be the key?

How do we reduce attrition in drug development and ensure scientific innovation translates into safe, effective and affordable treatments for patients? These were the questions at the heart of Aptuit’s one-day think tank event, Improving Candidate Selection Strategies: Translating Molecules into Medicines, held in San Francisco on September 19th 2017. Around 40 pharma and biotech experts from the Bay Area and beyond gathered at The Marker Hotel for a day of networking and discussion around one of the industry’s most pressing problems.

Winning the war on attrition in drug development 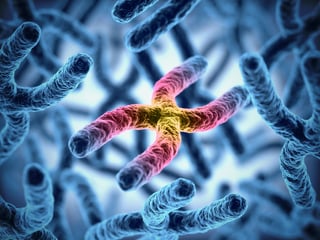 Just one in ten drugs make their way from Phase I trials to the market, at a cost of around $2.6 bn per approval, according to recent figures from the Tufts Center for the Study of Drug Development. With these stark figures highlighting the enormous cost of attrition in drug development, Alexey Bazarov, Founder of Meristem Biotech Consulting and the event’s chair asks: can we do better?

To help understand how we might go about addressing this challenge, keynote speaker Simone Braggio, Vice President and Head of Drug Design and Discovery at Aptuit, opened his keynote talk with a look at when and why drug projects commonly fail. While Phase I and Phase III carry a significant amount of risk, it’s apparent that Phase II trials are the drug molecule graveyard, where around half of projects are abandoned. While failure due to poor pharmacokinetics has reduced in recent years, perhaps as a result of the wider adoption of early stage DMPK strategies, the number of projects pulled due to concerns over safety, and in particular, efficacy, have steadily risen.

So what can be done about this? Simone’s message is clear. “To increase your chances of success in the clinic, you need to employ the best possible candidate selection strategies”.

Part of the solution is the need to loosen the shackles of current drug design dogma. While development strategies such as Lipinski’s Rule of Five were originally developed as guidelines to encourage the link between physical chemical properties and desirable pharmacological attributes such as bioavailability, many, including Adam Hughes, Senior Director at Theravance Biopharma, believe that the industry has interpreted them too rigidly in recent times – at the exclusion of a wealth of equally effective candidates.

Of course, this doesn’t mean ignoring the valuable insight underpinning these rules. However, Simone and others believe taking an experimentally driven approach – one where physical properties are measured rather than inferred – will help to ensure we’re not missing potential leads or progressing molecules simply because they fit within a narrowly defined list of favorable properties.

Another key question that provoked much debate was whether the industry adage of failing fast and failing early is always the right approach.

Given the costs associated with late stage failure, it’s certainly true that time and resources can be saved by progressing only those compounds with maximum potential in the clinic. For many, approaching drug development with a healthy dose of skepticism is the logical approach.

But others are less sure. “You get what you incentivize for”, says session chair Bruce Clapham, Head of Medicinal Chemistry at Reset Therapeutics. “If you plan to succeed by killing molecules quickly, you’re going to end up with a lot of dead molecules”. For Bruce, and others in the room, the feeling is we need to get better at picking the right problems to solve. Here, careful planning and partnering with the right experts could be the most effective strategy at overcoming development hurdles.

The general consensus is that it comes down to an organization’s individual circumstances, and the therapeutic focus. While larger organizations may have the necessary resources to develop backup strategies and parallel programs, for smaller biotech companies it’s often a one shot game. For poorly understood disease areas such as Alzheimer’s, perhaps the lessons learnt through understanding why drugs don’t work are worth the price of failure?

Wherever you stand on the issue of failing fast and failing early, the statistics show that there’s plenty of room for improvement when it comes to translating drug molecules into safe and effective medicines.

One way to make progress towards this goal will be through the use of more predictive preclinical models, earlier in drug development. Here, a better mechanistic understanding of how drug molecules bind with their receptors in animal models and the selection of the most clinically relevant models will be key. Moreover, the use of biomarkers common to both human and animal systems will play an essential role in ensuring success is reproduced in the clinic – especially for disease areas such as pain and depression where reliable animal models have so far proven challenging to develop.

However, it’s also about creating a culture of collaboration between preclinical and clinical scientists. Breaking down walls and improving communication between project teams or organizations can help to accelerate progress, improve decision making and safeguard against failure.

So, to better translate molecules into medicines and deliver innovative therapies for unmet diseases, perhaps having the flexibility to think beyond established rules and adopting more collaborative development strategies will be just as important as the innovative science and technologies for drug discovery and development?

Improving Candidate Selection Strategies: Translating Molecules into Medicines will be coming to London, UK, on October 22nd and 23rd 2017, and subsequently San Diego, US, on December 3rd and 4th. We hope to see you there!