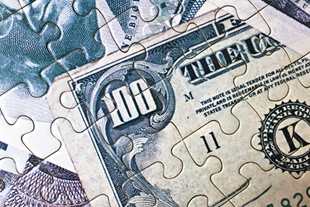 The simple truth is, drug discovery costs. There is no getting around it, bringing a drug to life is estimated by many to cost over $1 billion. Hugely complex, often the entire process requires multiple financial mechanisms and relationships with multiple funding partners from start to finish. Pharmaceutical companies spend their time actively looking to share risks, resulting in the emergence of principle investors at each stage of the R&D process. This has led to a growth in the diversity of funding sources, which can be utilized in order to get a novel drug off the ground.

There are a number of funding options available. Government funding initiatives such as Horizon 2020 and Innovate UK work by providing businesses and research organizations with grants to help drive their scientific research. Innovate UK has for example recently supported the coming together of two companies, Adorial Pharma Limited, and C4X Discovery, enabling the development of a novel mathematical-based system of drug discovery.

Not for profit organizations, such as the Wellcome Trust and the National institute of Health are also major sources of funding. The Wellcome Trust funds a wide range of project types of various sizes. Venture capitals are useful sources of funding when the identification and development of new drugs is required, as they can tend to focus on this rather than making improvements on existing drugs.

In addition, large pharmaceutical companies are looking to invest in emerging biotech businesses which can be beneficial to both parties. GSK’s Discovery Partnerships with Academia (DPAc), which works to bring together the insight of the academic world with the drug discovery expertise of GSK. This is a novel way of providing funding for academic institutions, while allowing large pharma the opportunity to expand their access to early-stage drugs for in-licensing.

Technology Transfer Offices (TTO) play a different yet significant role in the acquisition of funding for research institutions. Acting as conduits between academia and industry, TTOs are engaged in the translation of scientific innovation into tangible commercialized assets for use in industry. This bench-to-bedside approach sees the transition of scientific progress into application via building viable commercial strategies. 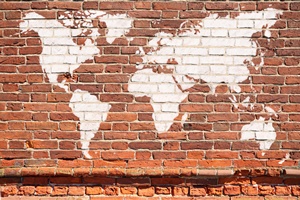 As ever, there are key differences depending on where you are on the globe. The US oversees a far stronger climate of investment for the life sciences compared to Europe, and the European venture capital model is underdeveloped in comparison. For this reason, there are many more venture capital opportunities in America.

Funding availability also differs depending on the therapeutic area. Rare disease funding has enjoyed a large increase over the past decade in terms of both money raised, and companies founded. In addition, threefold more venture dollars were raised by companies working on drug improvements centered around pre-approved pain drugs rather than novel drug R&D for Alzheimer’s disease.

As a scientist, the notion of doing your research will not be foreign, and it can be employed here to great effect. To increase your chance of securing funding it’s worth investigating which organizations are looking to fund programs in your subject area. This is a meticulous process, and failure to secure funding from an organization is unlikely to lead to them reviewing the work again, so it’s important to get it right first time.

Once the hard work is done (or just beginning), it is vital you make the most out of the funding you have worked hard to secure. There is a myriad of options; setting up a development company, create a new department, or outsourcing. Each approach has its strengths and weaknesses, but careful consideration can go a long way in transforming early stage innovations into success stories for your company, and for patients worldwide.

Get your free copy of our latest eBook, “Drug discovery in the 21st Century”